Skip to main content
Do you have questions?
We are here for You!
[CONTACT_TOP_TEL]
Contact us now 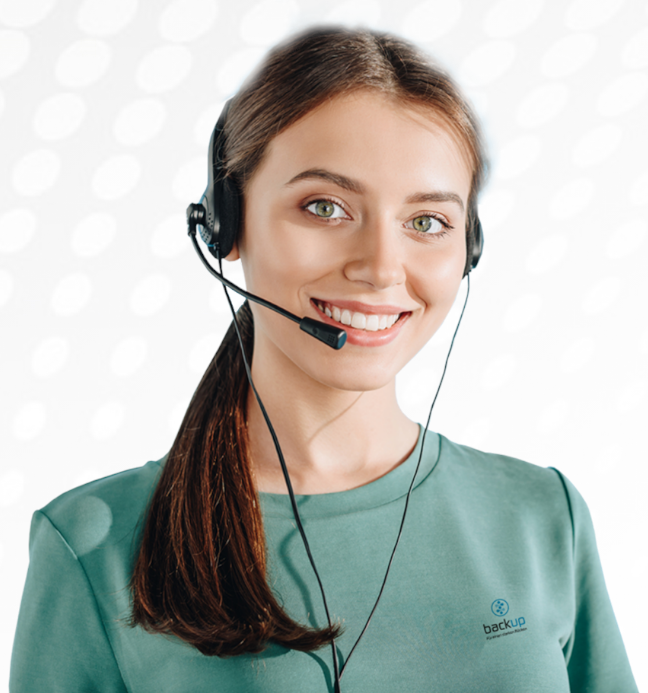 The axis of the body: the spine

Not just a single factor but rather various causes can be responsible for a disruption of the complex back system. The details about how and why pain arises cannot always be determined with absolute certainty. However, one thing is clear: if back pain occurs, the spine is usually the focus of attention. It is the centre of all movements, as our upright posture is the result of the interaction between the skeleton and muscles.

The spine forms the equally stable and flexible axis of our bodies. It is curved slightly forward in the neck and lumbar region and slightly backward in the sternum and sacrum area. This creates the characteristic double S-shape of the spine.

The spine fulfils a multitude of vital functions:

Structure of the spine

The task of the spine is to provide the body with the greatest possible stability while enabling maximum mobility. The spine consists of a total of 32 or 34 vertebrae:

The upper 24 vertebrae are movable. In the thoracic region, the ribs are connected to the spine by joints. The sacrum is part of the pelvic girdle. The spine has four curves. In the cervical and lumbar region, it curves forward towards the chest and stomach. These curves are known as cervical and lumbar lordosis. The thoracic vertebrae as well as the sacrum and coccyx curve backwards. These curves are termed thoracic and sacral kyphosis.

With its four curves, a healthy spine is able to increase its load capacity to 10 times that of a straight column. If these curvatures are either too great or too low – as in the case of hyperkyphosis, hollow round back or flat back – this leads to poor loading along the entire spine. The result is degeneration that progresses faster than a spine with a natural double S-shape. The extent of the curvature is strongly dependent on the tension and the performance of the muscles surrounding the spine.

The three systems of stability structures

When answering the question of why the spine is out of balance and how discomfort arises, it helps to take a closer look at its stabilising structures. Manohar M. Panjabi, Professor of Orthopaedics and Rehabilitation defines three systems that are responsible for the stability of the spine. First, the passive system, also known as the passive musculoskeletal system, consists of bones, intervertebral discs, joint capsules and ligaments. Second, the active system or active musculoskeletal system, includes the muscles, tendons and fascial bands. And third, the neural system includes the proprioceptive and sensory functions used to report information about movement, posture and the position of the body in space to the brain.

This process is also known as the ‘feedback mechanism’ and is used to control and regulate the active system, i.e. the muscles. These three systems work closely together and are interdependent. If there are deficits in one system, the other systems try to compensate for them.

Damage to the spine does not necessarily lead to discomfort

If the spine has structural damage such as a herniated disc or defects in the vertebrae, these are often identified as the cause of pain. However, structural damage alone does not automatically lead to pain for all those affected. Sometimes, damage to the spine is only discovered by chance as many of those affected live completely comfortably despite the damage. Many experts believe that the local stabilising muscle system and the development of instability largely dictate whether or not pain or restrictions in the back are caused by structural damage.

Instability could be the cause

According to Panjabi’s definition, instability is said to exist when the local stabilisers are in a state that makes it impossible for them to compensate for structural damage, fulfil their function of protecting joints and providing stability, control the movements of the joint and thereby prevent displacement. The result is excessive mobility of the joint, which, in turn, causes excessive pressure on the intervertebral discs, overstretching of ligaments and irritation of the nervous system and muscles. Possible consequences of this include neurological dysfunctions, progressive deformation and pain.

The local muscles in the back are primarily responsible for stabilising the joints and the individual spinal segments. The local system includes, for example, the deep abdominal and back muscles. The local muscles cannot be seen or felt from the outside. They are located close to the joints because their primary task is to stabilise and protect them. Depending on their function, local muscles mainly consist of slow-twitch muscle fibres.

These muscles of the global muscle system are large; they can be seen and felt from the outside. They include, for example, the biceps on the upper arm, the straight abdominal muscles and the large back muscles. Compared to local muscles, global muscles contain more fast-twitch muscle fibres.

Global muscles as knights in shining armour: if the stabilising function of the local muscles is impaired or weakened, the body initiates an emergency programme. With the aid of global muscles, it tries to compensate for the failure of the local stabilisers. However, this doesn’t work for long because the global system becomes overloaded and the muscles shorten. As a result, the global muscles are unable to adequately replace the stabilising function of the local muscles. In addition, the excessive and incorrect loading generated by the ‘emergency programme’ results in further discomfort.

If the interaction of the stabilising, moving and movement-controlling muscles does not work properly, this leads to incorrect loading which affects the elements and systems involved and can lead to pain and instability. Local stabilisation training is a good way to create the required stability. Targeted exercise also helps to compensate for structural damage.

Before any physical movement and the associated contraction of global muscles, the local stabilising muscles become active. As an example, when performing a sit-up, the deep muscles of the torso contract first before the straight abdominal muscles lift the upper body off the floor. In technical terms, this principle is also known as the ‘feed-forward’ mechanism and means that the body’s core is stabilised before the body actually executes the movement in order to prevent adverse loads.

Studies have found that if back pain occurs, those affected are increasingly likely to experience issues with precisely this mechanism. As Paul W. Hodges found out in the course of his studies, during certain exercises in relation to pain, the local stabilisers did not activate or did so with a delay, for example in the case of the deep Musculus transversus abdominis. Instead, only the superficial global muscles became active. From this, Hodges concluded in his study (Hodges et al. 2003b) that there was a connection between the lack of pre-activation of the local stabilisers and the occurrence of pain.

The mixed form of the two is called ‘global stabilisers’ according to Comerford’s definition – they can both stabilise and mobilise. In other words, unlike the local stabilisers, they are not permanently under tension. They only become active when moving with the aim of restricting the movement by means of eccentric contraction.

The body does not perform any movements using just one muscle. Muscles are team players and always work together – just like an orchestra making music by combining different instruments. If just one wrong note is played in the orchestra, this has a direct effect on the overall result of the music. A disharmony arises that grates on your ears. Our muscles are much the same; effective, safe and economical movements are only possible through optimal synergy and harmonious interaction of the muscles.

Proprioceptive training is the key to correcting imbalances in movement patterns and improving motor control and coordination of the local stabilisers. The sensors located in our joints and tendons are known as ‘proprioceptors’. They continuously supply our brain with information such as the position of the body, our posture, the tension of the muscles and the position of the joints. With sensorimotor training – for example on unstable ground – balance, adaptability and responsiveness are specifically addressed and activated. This improves your own body awareness, reflex muscle work and the stabilisation of the joints.

The term ‘sensorimotor’ is made up of two words. ‘Sensori’ relates to feeling or sensing and designates the transfer of information to the central nervous system. ‘Motor’ means movement or the activation and tensing of the muscles.

A simple exercise quickly shows how sensorimotor functions work. Stand on one leg and concentrate on the calf muscles of the supporting leg. Now close your eyes. You will notice immediately that the muscles increase tension, begin to twitch, and the leg begins to wobble. The whole body sways. This is because without visual perception, the body lacks an essential sensor and thus an important source of information – keeping the body balanced under these unfamiliar conditions becomes a real challenge for the nervous system.

As previously described, the global stabilisers are also responsible for balance, stability of posture, control of movements and fine motor skills. They form the middle muscle layer and are essential for dynamic, stable core muscles. Coordination exercises, proper technique and fine motor skills are the most important elements for training them. After all, if training is focused on gross motor movements or if it is carried out with too high a load, the global mobilisers will take over. To prevent this and to achieve the best possible training results for the stabilisers, it is vital to integrate all the necessary components into the exercises in a structured and planned manner whereby the exercises build on one another.

The muscles and brain are continuously exchanging information. This constant dialogue is known as the neuromuscular process and often saves our lives. For example, when we avoid a speeding car with a reflexive jump onto the kerb. In such situations, it becomes clear how finely meshed, lightning-fast and intelligent communication is between our body’s systems. It should be noted that not only does the neuromuscular process help us in emergency situations, it is also the basis for any movement in conjunction with our coordination skills.

Sensorimotor training promotes coordination between different muscles and within a muscle as well as neuromuscular activation. There is research-based evidence that sensorimotor training also improves strength and postural stability. Methods to improve coordination have been used successfully in rehabilitation for a long time, for example to improve the flow of information and restore functional movement sequences via neuromuscular stimuli. 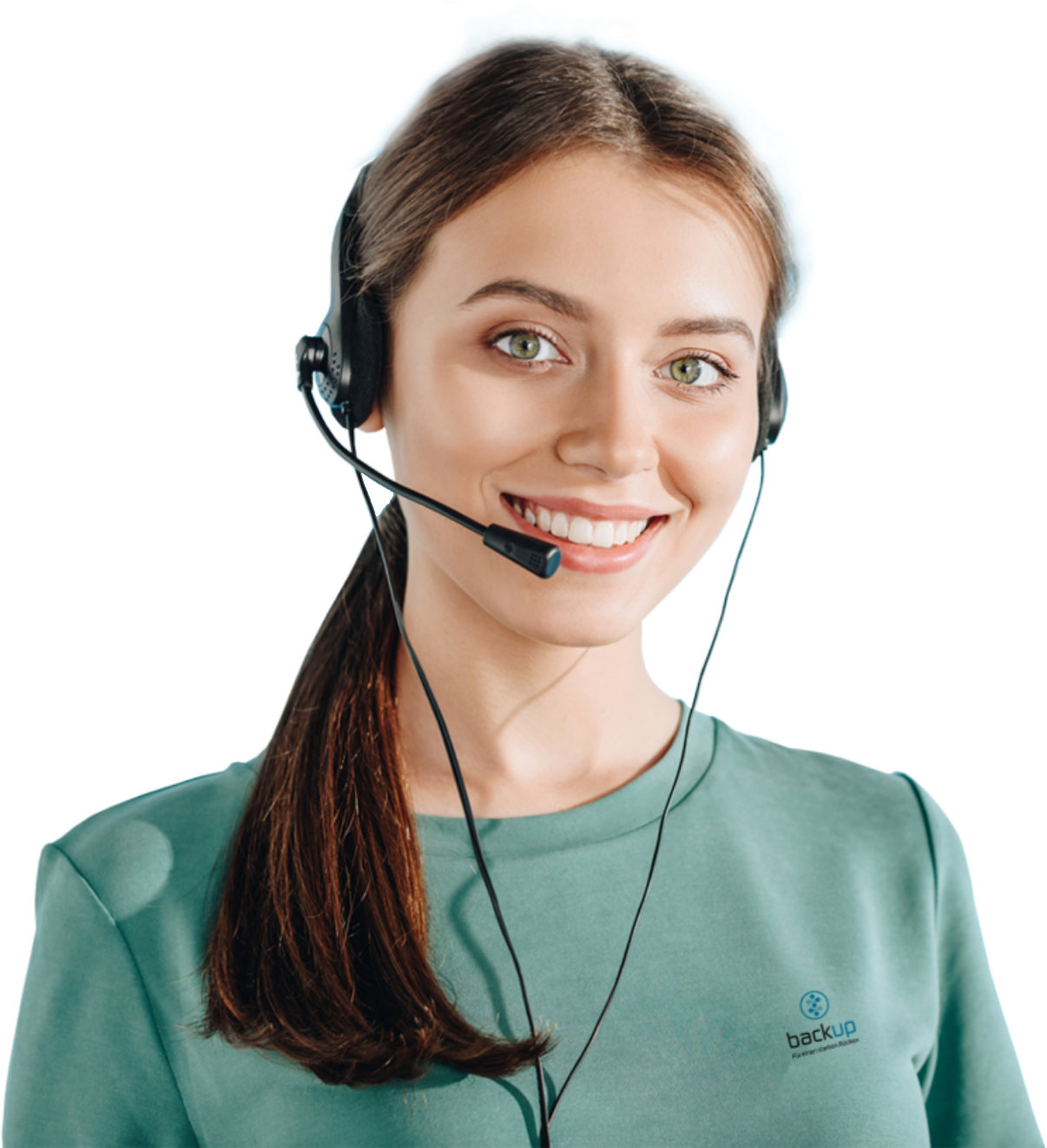